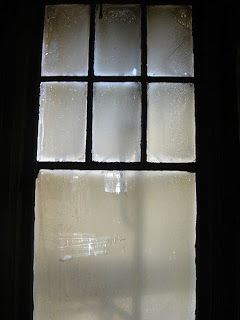 Think of clinical trial data as a window on the efficacy and safety of a drug. Think of data protection and trade secrecy as soot. The above picture? This is the public view on drug safety and efficacy.

According to a recent report in Nature Biotechnology (Feb 2011), medicine may be getting some soapy water and a squeegee, thanks to several policy initiatives at drug regulatory authorities. In Europe, the main drug regulatory authority, EMA, recently issued a policy that will make publicly available “full clinical trial reports”– even for drugs that are not approved for licensure.
The reforms roughly parallel a series of proposed policies at FDA under the FDA Transparency Initiative. Among the proposed items that would be publicly accessible: when an application has been submitted to the agency (or withdrawn); whether a significant safety issue triggered withdrawal, and reasons why the agency turned down an application.
Disclosure of such information carries some risk. Contrary to common belief, information disclosure does not level all power and influence, as some parties are better equipped to aggregate, analyze, and act on information. No doubt, such transparency will be used by various parties to harangue FDA for otherwise enlightened regulatory decisions.
However, what the public sees of safety and efficacy information- to mix metaphors- is merely the tip of the iceberg. The Nature Biotechnology report, for example, describes the case of Pfizer’s SSRI drug Edronax. Published trials included data on 1600 patients, but in actuality, trials involved 4600 patients. When complete data sets were obtained and reviewed, the drug turned out to be no better than placebo, and possibly unsafe (read more here). [[Yet one more reason to wonder what Canadian Institute of Health Research was thinking when it appointed Medical Director of Pfizer Canada to its Governing Council.)]]
Any transparency reforms would provide a much better basis for a) circumventing ethically suspect information practices so that healthcare systems can assess the totality of evidence on drug safety and efficacy, and b) getting a better understanding of the drug development process- warts and all. (photo credit: Lulu Vision 2007).