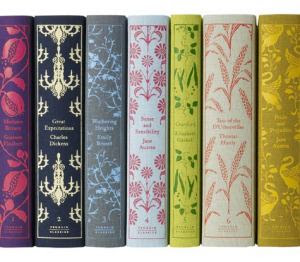 I’ve been invited to deliver a masterclass in using classical literature to teach ethics at the Institute of Medical Ethics Conference next month. I’m really looking forward to it, not least because three former students are up for the Mark Brenner prize for creative approaches to ethical issues in clinical attachments. Good luck Matt, Rory and Rebecca.

Classical literature for narrative source material for ethics, as distinct from contemporary literature, has made me think about the characteristics of classics. For a novel or short story to be considered a classic, it has to have withstood the rigours of time and competition. Its themes, characters and/or plot have a value that transcends period and place, making it worthy of our attention – and still relevant — many years after it was penned. Classics are paradigmatic. They are touchstones for cultural excellence. But does their status mean we come to them with a less open mind about the moral stances they might advocate?

Reading a classic absolves the reader of the judging whether something is ‘good literature’ or not. That decision has already been made collectively for us by cultural consensus, aided and abetted by those who decide school syllabuses, write textbooks or are editors for publishers’ ‘Classics’ series. I find that I approach the reading of a classic with a different mindset to when I read contemporary literature. When a text is taken for granted as ‘good’, I feel an obligation as reader to ‘be improved’ by my reading. I must seek out what has been deemed good about a text and be appropriately appreciative. Happily, this is rarely onerous. With the possible exception of Ulysses, I have enjoyed reading the canonical texts in medical humanities: Middlemarch, Madame Bovary, Magic Mountain… (is there a correlation between titles starting with ‘M’ and classic status?).

Writing in the introduction to the excellent book Stories and their Limits, Nelson says that ethics took a ‘personal turn’ in the 1980s away from the impartialist approach (with its emphasis on universalism) to focus instead on the value of moral significance of individual relationships (love, friendship, community). Might the ‘classic’ status of a text imply a framework of universalism that sets it at odds with the preoccupations of the personal that are intrinsic to narrative ethics? Do classics already have a presupposed strong moral force that is inescapable for the reader? It is well known that we practise ‘confirmation bias’ in that we tend to favour stances that support positions that we are already committed to. If a narrative has attained classic status, it might well be because it tells us a story that conforms to a collective sense of morality. Can we then be sufficiently critically available enough to really open up a text to moral investigation? After all, as John Arras writes in his sardonically entitled chapter ‘Nice story, so what?’ (Stories and their Limits), ‘Ethics without judgment is not ethics.’

A counter-argument would be that classics are often provocative rather than complacent in their moral stances. The moral ambiguity in the writings of Shakespeare, Kafka, Shelley, Tolstoy, Chekhov and many of the other ‘greats’ is what helps to elevate their texts to ‘classic’ status. It contributes to why they are still amenable to seemingly inexhaustible analysis, in spite of all the intervening years of scholarship and debate.

Does a certifiably good story intrinsically have a moral dimension? The French literary critic Charles Augustin Sainte-Beuve certainly thought so. He wrote in 1850: “A true classic, as I should like to hear it defined, is an author who has enriched the human mind, increased its treasure, and caused it to advance a step; who has discovered some moral and not equivocal truth” (my emphasis). I think it is almost always possible to find a moral dimension in classic texts that have a medical motif. If ethical issues do not suggest themselves in the plot or character, there may be discussion points around the relationship of the author to matters medical, or about how medicine is represented as a profession. One of the advantages of studying classics is that it demands a consideration of context. It compels us to put aside current legal frameworks and norms, and really think about how morality is narratively shaped.

This entry was posted in Health Care and tagged medical humanities, syndicated. Posted by Giskin Day. Bookmark the permalink.
Next → ← Previous