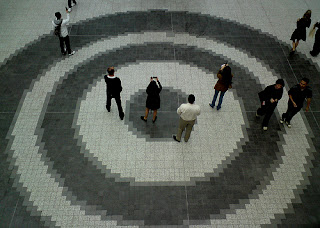 So here is the party line on the newest generation of cancer drugs.  Unlike older generation drugs, which are generalized poisons, newer cancer drugs hone in on very specific molecular targets.  Because of this specificity, they have fewer “off-target” effects, and hence fewer side effects.

In the current issue of Journal of Clinical Oncology, Niraula et al offer a more nuanced picture of newer cancer drugs and safety.  In it, they used meta-analytic techniques to compare rates of life-threatening side effects for patients receiving new cancer drugs against patients receiving standard of care. Briefly, they report that newer cancer drugs were associated with significantly greater probability of experiencing a life threatening toxicity. In short, new cancer drugs may have resulted in better clinical outcomes like survival, but at the cost of greater toxicity.  How can this be?  According to the report’s authors, one possible explanation is the fact that many newer cancer drugs require prolonged exposure to new drug, resulting in greater risk of cumulative toxicity.

A few other tidbits.  Safety reporting in cancer drugs is very problematic.  The authors found 8% randomized trials in their sample made no mention of drug-related mortality(!).  Only 34% of trials reported the proportion of patients experiencing at least one life-threatening toxicity.  Journal editors and referees have a lot of demands on their attention, but when it comes to safety reporting at least, they are asleep at the switch.

What makes this study particularly interesting is the way the authors combined results of trials testing a variety of different style interventions. Through studies like this, we get an aerial view of where things are headed in cancer drug development, and provide a basis for assessing whether the field is achieving its goals. (photo credit: Martin Deutsch 2009)