Texting and Driving: Is That You and Is That Ethical? 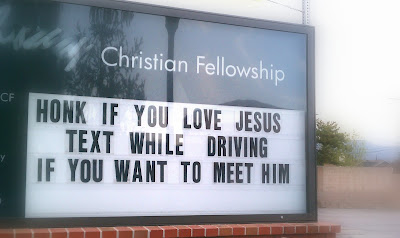 The content of this thread is about the ethics of texting when driving and my visitor’s views on this currently common activity. When one reads the statistics available regarding the  extent of the texting while driving activity and the known statistics of the outcomes of distracted driving,  unless my visitors represent a special statistical outlier population, it could be reasonable to consider that half of my visitors are out there texting and driving. Am I correct?

OK..what are the statistics? According to the article in the March 28 2013 issue of USA Today as extracted: Forget teenagers. Adults are the biggest texting-while-driving problem in the USA. What’s worse — they know it’s wrong.Almost half [49%] of all adults admit to texting while driving in a survey by AT&T provided to USA TODAY, compared with 43% of teenagers. More than 98% of adults — almost all of them — admit they know it’s wrong. Six in 10 say they weren’t doing it three years ago.”I was a little bit surprised,” Charlene Lake, AT&T’s senior vice president-public affairs, says of the survey of 1,011 adult drivers. “It was sobering to realize that texting while driving by adults is not only high, it’s really gone up in the last three years.”

Though statistics of death and injuries are not yet available regarding the activity of texting itself which is considered as distracting driving, according to US Government statistics “in 2011, 3,331 people were killed in crashes involving a distracted driver, compared to 3,267 in 2010. An additional, 387,000 people were injured in motor vehicle crashes involving a distracted driver, compared to 416,000 injured in 2010. 18% of injury crashes in 2010 were reported as distraction-affected crashes.”  It appears that repeated texting while driving can be a habit of major health significance such as smoking, excess alcohol or illicit drug use.

With regard to the ethics, an  activity or decision is ethical if the consequences can be shown to be an ethical “good” not a “bad” to an individual and if pertinent to others and society.  An example of an ethical “good” would be an activity which is of value to the individual or others without causing harm or that the value is of such a magnitude that it would easily trump the degree of harm which might occur. It is hard to argue that texting while driving is an ethical “good”. but what do you think? And if you text while driving tell us how you personally look at this activity. Is this a habit of yours and if you think it is a bad habit do you feel motivated to break it?
You are writing anonymously, so speak up!  ..Maurice.

Graphic: Photograph taken by me today and edited with Picasa3.

This entry was posted in Health Care and tagged bioethics-discussion-blog, syndicated. Posted by Maurice Bernstein. Bookmark the permalink.
Next → ← Previous