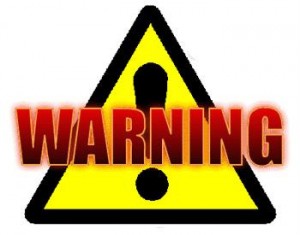 I must not be the only person to wonder how pharmaceutical companies succeed with direct to consumer advertisements when, stuck in the middle of all their TV ads, are those long lists of side effects. You know what I mean. After watching a smiling and attractive person running through a field after receiving some wonder pill, the narrator tucks his voice down an octave and intones that the medication “could cause rashes, constipation, heartburn, bladder dysfunction and cardiogenic syncope.” How could anyone listening to this ad want to take this product?

Research by Yael Steinhart and colleagues suggests that such warnings may increase how much people like the product, but only after they have had the time to get over their immediate aversion to the side effects.

Steinhart presented people with product advertisements that either did or did not include product warnings. In the short run, such warnings scared consumers – they were less inclined to buy the products. No surprise here.

But for some people, the researchers didn’t ask for their immediate attitudes towards the product. Instead, they re-contacted them two weeks later… (Read more and view comments at Forbes)