How was Henrietta Harmed? 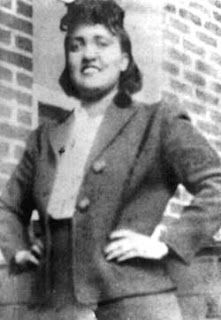 I recently had the pleasure of meeting two of Henrietta Lacks’ descendants when I participated in a panel discussion with her granddaughter Kimberly Lacks and her great-granddaughter Veronica Spencer at Metropolitan Community College, Longview’s Spring Convocation on April 16th, 2015. The story of Henrietta Lacks was chronicled in the best-selling book The Immortal Life of Henrietta Lacks by Rebecca Skloot. This African-American woman, who died in 1951, is the source of the famous HeLa cells. These cells, obtained from a biopsy of Henrietta’s cancerous cervix, are unique; they are immortal in the sense that they have been growing in tissue culture since they were removed from her body in 1951 by doctors at Johns Hopkins Hospital.

Henrietta and her HeLa cells have a complex legacy. Although the cells were taken without Henrietta’s truly informed consent, they have been used in medical research to make important scientific advances ranging from the development of the polio vaccine to new drugs to treat HIV and cancer. Despite this incredible contribution to medicine, her role as the source of these cells has been obscured until recently. (In medical school, I first learned of these remarkable cells as ‘Helen Lane’ cells.) Neither she nor her family or descendants received any monetary compensation, although pharmaceutical companies have profited enormously from drugs developed using her cells. And, in a striking irony, many of her descendants lacked health insurance to provide access to the very medical treatments that HeLa cells had enabled.

Despite these facts, I was once asked by a bioethicist the following question: How exactly was Henrietta Lacks harmed? After all, would it not be the case, even today, that patients undergoing surgery for cancer would give tacit or formal written consent for their doctors, or researchers associated with their doctors, to use tissue obtained from surgery for medical research, and expect no formal recognition or financial compensation?

I believe Henrietta was harmed. She was directly harmed because she was not fully informed of the risks and benefits of undergoing particular medical treatments for her cancer and participating in research. Admittedly, the standards of informed consent and, in particular, consent for research participation have changed dramatically since 1951. However, there has always been a universal medical ethic to be truthful, and to hold the patient’s best interest as the primary responsibility of the physician. These are two critical elements of the concepts that have now come to be named as autonomy and respect for personhood. The obligation to be truthful and to inform patients about the risks and benefits of their medical treatments were firmly enshrined in medical ethics even back in the 1950’s. The failure to live up to these responsibilities was partly responsible for the physical pain and suffering that Henrietta Lacks endured.

Henrietta was also indirectly harmed through the impact her treatment has had on her family and descendants. Like many others who live marginalized lives in marginalized communities—as surely was the case in the 1950’s in segregated city of Baltimore and arguably remains the case even today—they do not have faith in the integrity of the medical institutions that are supposed to serve them.  From personal communication with the family, I know that absence of trustworthiness manifested by Johns Hopkins in their treatment of Henrietta continues to influence the current attitudes of her descendants toward medical care in their community. This is an ongoing harm. 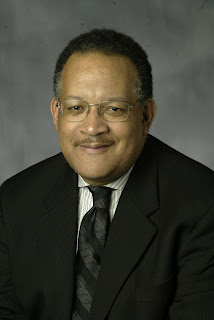 What might Johns Hopkins and the medical establishment do to make amends to the descendants of Henrietta Lacks? One important step has been taken recently. The National Institutes of Health (NIH) announced an agreement with the Lacks family to protect their personal privacy and give them a say in how some research using HeLa cells is conducted. Specifically, the genome data of the Lacks family, which was revealed when the HeLa cell genome was decoded, will be accessible only to those who apply for and obtain permission from a committee of the NIH that includes members of the Lacks family.

Furthermore, the investigators must acknowledge the contribution of the Lacks family in their publications and presentations of their research data. However, the NIH agreement does not include a financial compensation for the family.

Johns Hopkins, an elite and powerful institution, could also make an overt commitment of resources to create and advance programs that promote better access to care for poor and marginalized groups in Baltimore. The institution should work to identify and repair factors at work in the community that adversely affect health. Furthermore, it should explicitly identify these programs as a form of compensation, or reparations, for past ethical breeches that contributed to these problems. This should be undertaken in the name of Henrietta Lacks in recognition of both her extraordinary contribution to science and medicine and her family’s remarkable commitment to the continued use of her cells for the betterment of humanity.

The Henrietta Lacks story teaches us many things. One important lesson is that it is never too late to acknowledge and to make amends in the present for the great wrongs that have been committed in the past.

This entry was posted in Health Care and tagged syndicated. Posted by Practical Bioethics. Bookmark the permalink.
Next → ← Previous