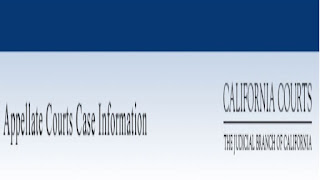 Jahi McMath’s medical malpractice lawsuit may move forward in the state trial court.  And she will have the opportunity to prove that she is alive.


Twice, the medical defendants demurred to claims in the complaint that require a determination of whether Jahi McMath is now alive. Twice, the Alameda County Superior Court ruled the McMath family may have the opportunity to prove that.


In January 2016, the medical defendants sought review of the trial court’s order.  They asked the Appellate Court to issue a writ of mandate directing the trial court to sustain demurrers by UCSF and Dr. Rosen to Jahi’s first cause of action for personal injury, asserting that it is precluded by the collateral estoppel effect of the probate court’s earlier finding (in December 2013) that Jahi had suffered brain death.  Matters at the trial court were continued to allow the Appellate Court to issue a ruling.


That ruling was published today:  “Because the trial court found the record at the pleading stage was inadequate for a collateral estoppel determination and may require a more developed factual record, we conclude, under these
circumstances, that this matter should not be resolved at the pleading stage.”