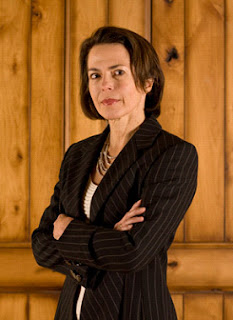 “I am pleased to announce the move of the End of Life Liberty Project to CascadiaNow!,” said Kathryn Tucker, the Executive Director of the ELLP.


“After incubating successfully as a program of the Disability Rights Legal Center it is the right time to move the ELLP to an independent status, where it can continue its cutting edge work to protect and expand the rights of terminally ill patients. CascadiaNow! offers the ELLP an outstanding platform from which to focus on its energy and attention on its substantive work. My own deep roots in the Cascadia bioregion made this sponsor appealing and of course Oregon, Washington and California have been in the forefront of the national movement to expand end of life liberty. Finding a home base with CascadiaNow! seems a natural fit.”


Tucker most recently served as Executive Director of the Disability Rights Legal Center, the nation’s oldest disability rights organization, where she launched the End of Life Liberty Project in January 2015, as a social change agent focused on protecting and expanding the rights of terminally ill patients. It conceives, develops, and implements bold, creative advocacy to promote changes in law and policy that lead to improvements in end of life care and expanding the autonomy of terminally ill patients. Empowerment of terminally ill patients with information and options, enabling each to make the journey through their illness in a manner most consistent with their preferences, values and beliefs, is the goal of the ELLP.


Tucker became Executive Director of DRLC after a record of success in leading the advocacy work of another non-profit, Compassion & Choices, for two decades. Tucker’s work to protect and expand the rights of the terminally ill has put her at the forefront of nearly every advocacy effort in this arena in the United States since 1990. A leading scholar in the area of law, medicine and policy governing end of life care, Tucker has held faculty appointments at Loyola/Los Angeles, the University of Washington, and Seattle University Schools of Law and internationally under the auspices of the Fulbright Program. She is a widely sought after speaker at conferences nationwide. Prior to moving to the nonprofit world, Tucker practiced law with Seattle based Perkins Coie.


CascadiaNow! is a grassroots, umbrella 501(c)3 non-profit organization with a mission to cultivate a resilient and inclusive Pacific Northwest community. The organization empowers groups and individuals to make a difference.  “We are thrilled to welcome the End of Life Liberty Project to the CascadiaNow! family,” said CN! Associate Director Naomi Botkin. “By advocating for the rights of terminally ill individuals, the ELLP demonstrates a commitment to resilient and inclusive communities by empowering individuals facing end of life to make important decisions with autonomy and dignity. Project leader Kathryn Tucker has an amazing track record, and we feel privileged to have the opportunity to support her as she embarks on a new phase of growth with the ELLP.”