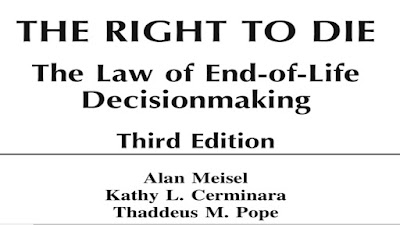 For decades, Wolters Kluwer has been publishing an annual supplement for The Right to Die: The Law of End-of-Life Decisionmaking.  This year, we are moving to a semi-annual plan.  So, there will soon be a second 2017 update, the “2017-2 Supplement.”


Highlights of this extra supplement cover the most recent legal developments—judicial cases, legislation, and news accounts of important legal proceedings that are not officially reported—concerning end-of-life decisionmaking. Some (and there are many more) specific important matters covered in the supplement include: