Who is the Father?: Sperm Donor Identification 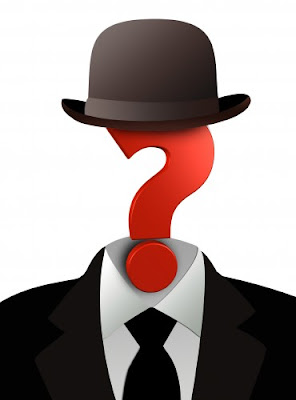 The issue is whether the donor of sperm obtained via a sperm bank should be identified even though the donor provided the specimen with the understanding of anonymity?
The following are stories of how through current public accessibility to  DNA identification resources anonymity of the "father" is no longer guaranteed. There is an example of this accessibility in a 2010 issue of Slate and a more current example as presented in the Netherland's Dutch News.

Providing sperm to a sperm bank is of monetary significance to both the donor and finally for the bank itself and the "donation" is still considered a needed action by society. Despite the potential with public-accessible technology and investigations as noted in the two above articles,  should the utilization of the sperm for fertilization continue to permit anonymity of the source?  Well, if the goal is to encourage further donations then a recent study in the journal "Law and the Biosciences" regarding loss of anonymity suggest a problem in procurement as outlined in the Abstract of the article.

Most sperm donation that occurs in the USA proceeds through anonymous donation. While some clinics make the identity of the sperm donor available to a donor-conceived child at age 18 as part of ‘open identification’ or ‘identity release programs,’ no US law requires clinics to do so, and the majority of individuals do not use these programs. By contrast, in many parts of the world, there have been significant legislative initiatives requiring that sperm donor identities be made available to children after a certain age (typically when the child turns 18). One major concern with prohibiting anonymous sperm donation has been that the number of willing sperm donors will decrease leading to shortages, as have been experienced in some of the countries that have prohibited sperm donor anonymity. One possible solution, suggested by prior work, would be to pay current anonymous sperm donors more per donation to continue to donate when their anonymity is removed. Using a unique sample of current anonymous and open identity sperm donors from a large sperm bank in the USA, we test that approach. As far as we know, this is the first attempt to examine what would happen if the USA adopted a prohibition on anonymous sperm donation that used the most ecologically valid population, current sperm donors. We find that 29% of current anonymous sperm donors in the sample would refuse to donate if the law changed such that they were required to put their names in a registry available to donor-conceived children at age 18. When we look at the remaining sperm donors who would be willing to participate, we find that they would demand an additional $60 per donation (using our preferred specification). We also discuss the ramifications for the industry.

So the question to my visitors is whether the sperm donor should be identified by the sperm bank or attempted, if undisclosed, with current available resources to the public? What is the implication of that decision on the future of the created child, the family, the donor and the whole banking system itself? Is identification what society wants and needs? If lawful will it be ethical? And what role might religion and sociology and medicine play in any decision?  It would be interesting to read what my visitors think.  ..Maurice.

This entry was posted in Health Care and tagged syndicated. Posted by Maurice Bernstein, M.D.. Bookmark the permalink.
Next → ← Previous