Premortem Cryopreservation Does Not Cause Death 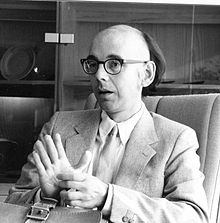 In 1990, Thomas K. Donaldson sued the California Attorney General for the right to an elective premortem cryopreservation. Most cryopreservation is postmorterm. But Donaldson wanted to act before a malignant tumor destroyed his brain.

Unfortunately for Donaldson, the Santa Barbara trial court and an appellate court rejected Donaldson’s claims. The courts construed his request as one for assisted suicide. That was a crime in California and the courts found (like state appellate courts everywhere in the USA) that there was no constitutional violation in applying that law to Donaldson’s situation.


But why was the case framed as a right to assisted suicide?  The whole point of cryogenic preservation is that sometime in the future, when a cure for Donaldson’s disease is found, then his body may be “reanimated.” If true, then he would not be brought back from the dead.  Legally, he would have never been dead.