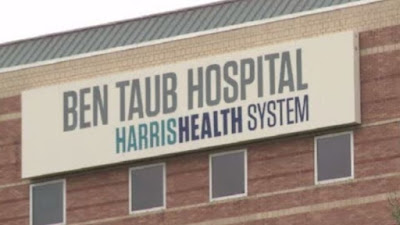 Chris Dunn’s constitutional challenge to the Texas Advance Directives Act is on appeal to the Texas First District Court of Appeals.  An opening brief has not yet been filed.


Aphaeus Ohakweh was admitted to Ben Taub Hospital on March 4, 2015, in need of treatment for AML – acute myeloid leukemia – a potentially fatal cancer that interferes with the production of normal red blood cells.


On March 6, 2015, while being intubated, Mr. Ohakweh’s oxygen levels dropped significantly. Though an emergency tracheostomy was performed, he sustained anoxic brain damage. Mr. Ohakweh’s condition made it impossible to treat his AML with chemotherapy. He lapsed into a persistent vegetative state and remained hospitalized at Ben Taub until his death due to AML on September 7, 2015.


As the result of Mr. Ohakweh’s persistent vegetative state, his treating physicians recommended that no further measures be undertaken to resuscitate Mr. Ohakweh in the event that his condition declined further. Though informed of this recommendation, Mr. Ohakweh’s family representatives refused to authorize this level of care.


After weeks of continued supportive care with no improvement to Mr. Ohakweh’s condition, the Harris Health System convened an Ethics Committee in July 2015 pursuant to Texas Health & Safety Code section 166.046.


On July 24, 2015, the Ethics Committee met with the patient’s family representatives and the treating physicians. After considering the facts, the Committee recommended that no heroic resuscitation efforts be implemented for Mr. Ohakweh, due to his persistent vegetative state and the very high likelihood that Mr. Ohakweh’s condition would in no event improve.


The family representatives were advised of the right to transfer Alphaeus Ohakweh to other facilities, and also of their right to appeal the Ethics Committee decision to the Texas probate court within ten (10) days.


After the family declined to transfer Mr. Ohakweh or to agree to the proposed level of care, the Ethics Committee voted to authorize the treating physicians not to institute further dialysis or CPR.