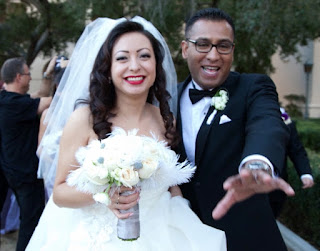 California is among around 10 states that have no statute outlining who is a surrogate decision maker when an incapacitated patient has not appointed a healthcare agent. I recently talked about this gap at UCLA. Now a court heas helped clarify the situation. (HT: C&C)


Fifteen months after Juan Fernando Romero’s family sued his wife, Ana Romero, to wrest control of his end-of-life care from her, a judge ruled last week that Ana had the legal right to end treatment to artificially prolong his life after he suffered severe brain damage that left him in a permanent vegetative state.

“Ana Romero could have decided to drop this case after her husband died to focus on her role as a single mother of their two young children and sole family breadwinner,” said Jonathan Patterson, one of Ana’s lawyers and staff attorney for Compassion & Choices. “But she bravely battled on to ensure Fernando’s tragedy served a greater purpose to benefit others, by discouraging similar lawsuits that only cause pain and suffering for everyone involved.”


“The Romero case illustrates the importance of completing an advance directive and appointing a healthcare proxy who understands your wishes and can carry out your wishes if you become unconscious, especially at the end of life,” said Jennifer Brockett, a Los Angeles-based partner for the law firm of Davis Wright Tremaine LLP.


On May 3, 2015, while Ana was pregnant with their second child, Juan Fernando, 35, suddenly became ill and suffered severe brain damage from lack of oxygen for over 15 minutes. It left him in a permanent vegetative state with no chance of recovery. After Fernando suffered numerous bouts of infection and pneumonia for more than a year-and-a-half, his wife Ana reluctantly accepted his looming death and arranged for him to receive palliative care at the home of her and their two young children.


Unfortunately, on Dec. 9, 2016, the day before Ana had arranged to bring Fernando home, his sister and parents filed two lawsuits sponsored by the Life Legal Defense Foundation.


The first suit sought to overturn Ana’s healthcare decision-making authority and the second suit urged the court to appoint his sister as Fernando’s healthcare proxy to keep him on life support.


Fernando’s sister and parents claimed that because he had been raised a devout Catholic, he would not have wanted his feeding tube removed. To Ana’s distress, they insisted he was showing signs of consciousness, even though a physician they had hired to examine him had concluded that he was permanently unconscious, rendering him unable to speak or to understand and respond to vocal inquiries whether he wanted to be kept “alive.”


“To see if I was mistaken, I brought our newborn second child to the hospital to visit her father, hoping he would recognize his daughter,” said Ana. “I was so sad when he did not.”


On June 3, 2017, Fernando passed away at age 37, after the trial of the healthcare proxy case had ended and Judge House was in the process of making her ruling that she issued last Monday, March 5.