Major medical societies have developed comprehensive guidelines to identify non-beneficial treatment within the Intensive Care Unit (ICU). Recently, the Society of Critical Care Medicine’s Ethics Committee published a policy statement to more clearly define inappropriate treatments as those provided without reasonable expectation that the patient will survive outside the acute care setting or when the patient is unable to perceive the benefits of treatment. Closely related to providing inappropriate ICU treatments is inappropriately admitting a patient to the ICU, for which these societies have yet to reach consensus. Qualitative research methods were used to explore the causes of inappropriate ICU admissions. Acute and intensive care physicians from a quaternary care hospital participated in semi-structured interviews exploring the physician’s role in ICU admissions and considerations surrounding inappropriate ICU admissions. Major themes included the following: 1) challenge of gauging clinical trajectories in pressured, time-sensitive situations and those with limited information during inter-facility transfers; 2) inexperience of trainees leads to increased ICU triage; and 3) lack of upstream advanced care discussions early in a patient’s life-limiting disease decreases the patient’s quality of life and death and makes the ICU a repository for goals of care discussions. There are significant challenges in preventing inappropriate admissions to the ICU due to prognostic uncertainty and the perceived lack of advance care conversations regarding the ICU in the context of overall goals of care. Augmenting ICU admission policies to include relative contraindications would improve guidance and trigger discussions surrounding the appropriateness of admitting a patient to the ICU.


Who Are Patients Perceived to Receive Inappropriate Critical Care and What Happens to Them?
Neil Wenger, MD, MPH; Thanh Neville, MD, MSHS


Creeping Noninterference-Focused Autonomy in Modern Medicine: How We Created and Continue to Feed the Problem of Futility
Catherine S. Heith, MD


The intersection of autonomy with modern-technologized and patient-satisfaction-driven medicine has had unexpected consequences. Although autonomy sprung from informed consent and the “right to die” movement, modern medicine, when paired with “orthodox autonomy,” has produced “the right to live” phenomenon. Alistair Wardrope’s “orthodox autonomy”—“⋯ autonomy interpreted in terms of the Doctrine of Informed Consent”—focuses on the “non-interference” component of autonomy. This emphasis on non-interference has consequences that have bound both physicians and patients/families in a pattern of inappropriate treatment that diminishes quality of life. It has transferred responsibility to patients/families for decisions that Deber designates “problem solving tasks,” or tasks that are medical, creating an increased decision-making burden and sense of responsibility for outcomes on families. This has also given them an increased sense of control that may be inappropriate, such as in chronic or terminal cases when neither medicine nor the family dictate the outcome. This sense of responsibility increases guilt associated with poor outcomes, often unrelated to any decision making but a result of the natural progression of disease. This false sense of control can also delay grieving and acceptance and result in excessive or futile treatment as the family/patient now feels responsible for the outcome, including death. The importance and scope of non-interference in autonomy has been over-interpreted and is feeding the problem of futility. It is important to reinforce that the disease, not the family or their decisions, determine the outcome. 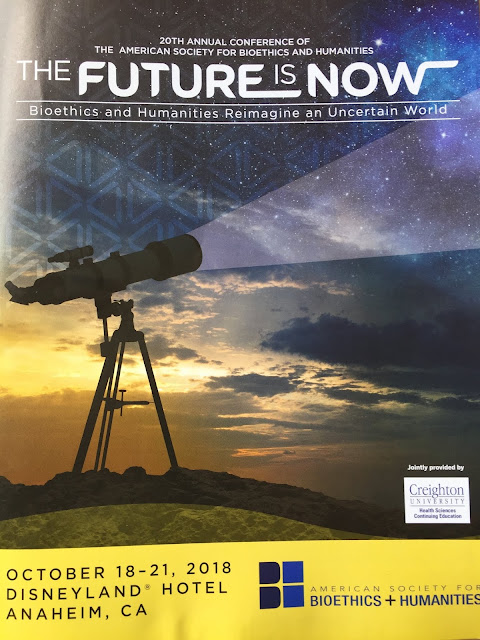