A few days ago, the Supreme Judicial Court of Maine issued an opinion clarifying the implications of patient capacity.

When first admitted to Eastern Maine Medical Center, Randy Oliver was drunk and delusional. Since he was incapacitated, a guardian was appointed. But clinicians later determined that Randy regained capacity. So, when Randy asked to be discharged, the hospital complied. He went home, got drunk, and died in a house fire.

The court affirmed the dismissal of claims made by Randy’s family and guardian. True, they did not consent to the discharge. But since Randy had capacity, clinicians did not need their consent. They only needed Randy’s consent. 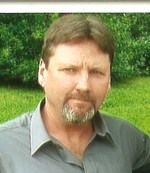