I was impressed by this editorial in the October 2009 issue of Nature: “Delimiting death: Procuring organs for transplant demands a realistic definition of life’s end.”


The article notes: “In practice, unfortunately, physicians know that when they declare that someone on life support is dead, they are usually obeying the spirit, but not the letter, of [the UDDA]. And many are feeling increasingly uncomfortable about it.”


“The kind of clear, unambiguous boundary assumed in the 1981 law simply does not exist. Ideally, the law should be changed to describe more accurately and honestly the way that death is determined in clinical practice. . . .  The time has come for a serious discussion on redrafting laws that push doctors towards a form of deceit.”


These sorts of calls for revising the UDDA have only become louder and more frequent over the past nine years. 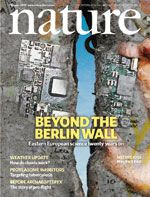