The National POLST Paradigm has set standards for recognizing a state’s POLST program as (1) developing, (2) endorsed, (3) mature, or (4) non‐conforming.


Minnesota has now been promoted from “developing” to “endorsed.” Endorsed programs have developed and implemented a POLST Paradigm program and form meeting the National POLST Paradigm standards.


While various elements are reviewed before providing this designation, key elements include having a single form for the state or territory and having a coalition of diverse stakeholders working towards statewide implementation. Endorsed programs have also addressed legal and regulatory issues associated with the POLST Paradigm and developed strategies for ongoing implementation, education, and quality assurance. 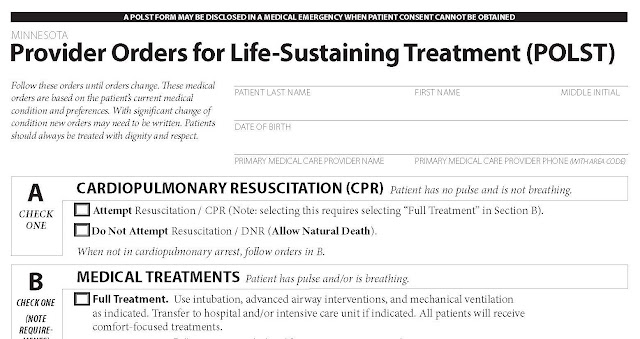