Is Addiction an Expression of One’s Deep Self? 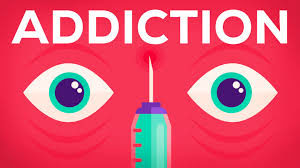 Chandra Sripada (2016) has recently proposed a conative self-expression account of moral responsibility which claims that we are responsible for actions motivated by what we care for and not responsible for actions motivated solely by other desires. He claims that this account gives us the intuitively correct answers when used to assess the responsibility of Harry Frankfurt’s Willing Addict and Unwilling Addict. This might be true; however, I argue that it provides a counterintuitive assessment of real-world cases of addiction because it holds people struggling to recover morally responsible for their relapses.

All self-expression accounts face the problem of specifying which aspects of the self that the agent should be held responsible for expressing. The agent is only responsible for those actions that express their deep self. So what is the deep self? On conative self-expression accounts like Sripada’s, this amounts to answering the question – which desires represent the deep self? If it is just any desires, then people like the Unwilling Addict will be held responsible for acting on irresistible desires even if they had no part in developing those desires, and this seems wrong.

On Sripada’s account, desires generated by cares represent the deep self while other desires do not. Cares have four main features. (1) Cares are a source of intrinsic motivation for actions that promote the goal cared for so it is not possible to care for something only as a means to some further end. Typical cares include the lives of the people we love, features of the environment, careers, political movements, sports teams. (2) Cares also have commitmental effects, that is, people want to have the cares that they have so the thought of erasing or altering a care comes with a sense of loss. If one judges that, all things considered, a certain care must be altered or erased then the prospect of changing it will not be viewed only positively. (3) Cares involve a disposition to form positive evaluative judgments about the goal cared for. (4) Cares generate a range of emotional responses in reaction to the prospects of the thing cared for, e.g. joy when our loved ones do well and despair or sadness when their goals are thwarted.

The attribution of moral responsibility becomes a bit trickier when we turn our attention to real-world cases of addiction, especially that significant subset whose first-hand reports and obvious misery make it clear that they are struggling to pursue many of their cares. Sadly, most of those addicted people who seek treatment relapse repeatedly, often over several years, and despite multiple cycles of treatment; some never recover. During relapses it’s not uncommon for people to steal and lie to feed their habit which in turn prolongs the addiction. Are these people responsible for these relapses because they are motivated by cares, like the Willing Addict, or are they in the same blameless category as the Unwilling Addict because their actions are not motivated by cares?

Sripada’s understanding of weak will is relevant here. He claims that our deep selves are mosaic in nature, that is, our cares are often somewhat in conflict. Furthermore, some of those conflicts are between good or morally justifiable cares and cares that are morally dubious, evil, unworthy of one’s talents, or outright self-destructive. Sripada labels the latter cares ‘impure’. “Cartoonish villains might be impure in a thoroughgoing way. But in the real world, impurities in the self typically manifest as flaws.  We pick out flaws in ordinary language with thick descriptors: vanity, self-indulgence, sloth, avarice, vindictiveness, and so on. Though they go against the ends that the remainder of our cares advance, flaws are not thereby external to our selves” (Sripada, 2016, p. 1226). In cases of weakness of will, “either the temptation-directed action, the failure to regulate the desire that leads to this action, or both, are anchored in one’s flaws, even if other parts of one’s self are opposed, even very strongly, to giving in. Moreover, the presence of this sort of anchoring is precisely what distinguishes weakness of will from compulsion. For an individual who acts due to a true compulsion, the action is not anchored in her flaws, and indeed does not express any part of her self at all” (Sripada, 2016, p. 1229). So people are responsible for weakness of will because in weak willed action people express their flawed cares. People are not responsible for compulsion because those desires do not express their cares.

In real-world cases of addiction, it seems that people often do care for the kinds of mental states (e.g. being ‘high’) that only their drug-use provides. Despite wanting to recover, many addicted people report that they still feel intrinsically motivated to get high, they report a sense of loss when considering having to reduce the frequency of being high or giving it up entirely, they are disposed to make positive evaluations about being high, and they have the suite of emotional responses in relation to being high that one would be expected to have if one cared for being high. Consider these two first-hand accounts reported by Kennett, Matthews, and Snoek (2013):

Well don’t get me wrong, I love using mate. If I could use successfully I would. I’d still be using. I love using; I just don’t like the shit that comes with it. (R50)

Heroin is an astonishing thing. I will never… regret taking heroin. In fact those two years I took heroin are actually one of the best two years of my life. (P1)

So it seems that these addicted people are pursuing flawed cares at the expense of other cares, therefore, on Sripada’s account, their actions in relapse would count as weakness of will that they are responsible for. But this is a counter intuitive conclusion given how miserable these lives of repeated relapse appear to be. If Sripada doesn’t want to bite that bullet he has at least the following options.

He could reject the idea that the deep self consists of all a person’s cares and distinguish between cares that represent the deep self and cares that are somewhat inauthentic ways. There are good reasons to think that cares for addictive drugs are somewhat inauthentic, at least in cases where those drugs cause abnormal dopamine surges that generate disproportionately large desires for being high and disproportionately positive evaluations about the value of being high (Dill & Holton, 2014).

Another possibility would be to appeal to degrees of moral responsibility. Perhaps acting on a care of any kind is a minimal threshold for moral responsibility but one is less blameworthy for acting on flawed cares that are at odds with the majority of one’s other cares compared to acting on cares that cohere with the majority of one’s other cares. The latter better express one’s deep self than the former and so the agent would be more responsible for the latter. This would allow us to consider the Willing Addict who wholeheartedly pursues drug use to be more responsible for his drug-using actions than those people who are struggling to recover.

Finally, we might question the clear distinction between cares and other desires. It seems there might be mental entities that are similar to cares but that don’t consistently generate the desires, evaluations, and emotions characteristic of cares. For example, some agents struggling to recover might care for being high some of the time but then at other times repudiate it completely, no longer seeing its intrinsic value or evaluating it positively and so on. This phenomenon might be called ‘care-shift’ and would be analogous to ‘judgment shift’ where, under temptation, agents come to judge that taking the temptation is best after all (Holton, 2009).  Cares that are more diachronically stable would have a better claim to being part of the deep self than those that are less diachronically stable. Again, we could appeal to degrees of responsibility and say that they all count as part of the deep self but the agent is more responsible for acting on more diachronically stable cares and less responsible for acting on less diachronically stable ones.