Separation Anxiety – Should Treatment be Imposed for Conjoined Twins? 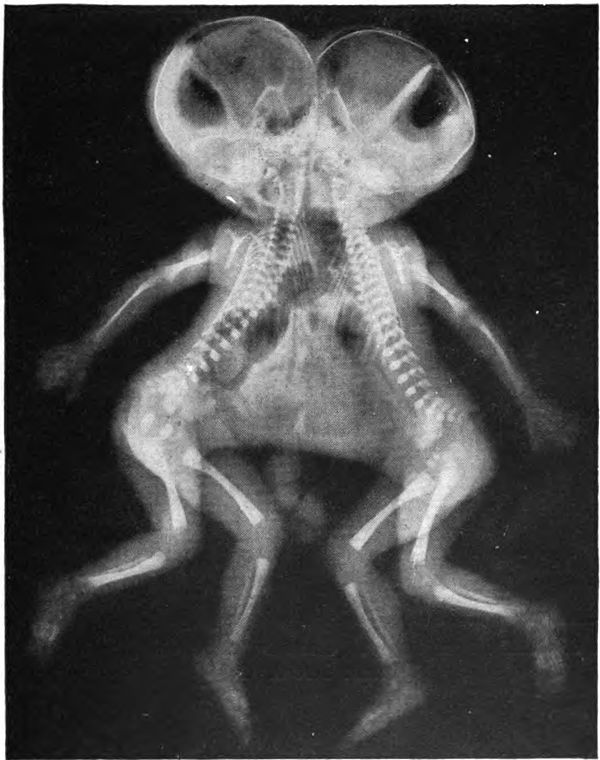 On the BBC News website this week, there is a feature on a pair of conjoined twins from Senegal who are currently living in Wales. They have an extremely rare condition – fused at the lower abdomen they have separate brains, hearts and lungs, but shared liver, bladder and digestive system.

The twins travelled to the UK to access medical treatment and surgery for their condition, however, the BBC reports that there is concern that both twins would not survive the surgery. The heart of one twin (Marieme) is weak, and the worry is that if she is separated she will die. Tragically, if the twins remain conjoined there is a fear that Marieme will still die, and her twin Ndeye will also not survive.

What should happen in this case? The twins’ father, Ibrahima, is, according to reports, struggling with the terrible decision that he faces. It isn’t clear at this stage what he will decide.

But what if he refused surgery? What should happen then?

For those with a longer memory of medical ethics, this case will sound very familiar. It is very similar to the case of Jodie and Mary, conjoined twins from Malta whose parents faced the same dilemma almost 19 years ago.

In that case, the parents declined to consent for surgery that they knew would likely lead to the death of one twin, in part because of their religious beliefs. The case went to the High Court and the Court of Appeal, where the judges ultimately authorised surgery (arguing that Mary’s death would not be intended by the surgeons and hence that this would not be murder). Jodie survived, while Mary died 3 months later. (A newspaper article from 2014, reported that at age 14, Jodie was well, living a full life and hoping to become a doctor).

There are challenging ethical issues in these rare cases – including whether separation amounts to ‘killing’ of the weaker twin (the judges rejected that view in the Jodie and Mary case, though that is still debatable). While the English court made a unanimous decision, the judges also emphasised that the situation was unique, and the decision specific to the circumstances. (So, if it came to the court, new judges would not be bound by the prior decision).

One of the wider ethical issues raised by these cases, relates to a concern about a sort of ethical imperialism. In both twins’ cases, they come from countries where it would be acceptable not to operate. It seems laudable for doctors in the UK to offer to provide treatment. But is it right for the treatment to be imposed despite parental objections? One concern is that such decisions reflect a lack of ethical weight to the proper role of parents in medical decision-making about children. Raanan Gillon, writing at the time in the Journal of Medical Ethics, claimed that the judges were wrong to take the decision away from Jodie and Mary’s parents; this was “moral hubris by the English courts”. That sort of argument would apply whether the parents were from the UK, or were from overseas. But what difference should it make if, as in these case, parents live in countries were treatment would be optional?

One argument against imposing treatment would be on the basis of consistency. Even if doctors in the UK think that it would be best to perform surgery in cases like this, they do not usually seek to ‘rescue’ children in Malta or Senegal to operate on them (at least not without the parents’ consent). They wouldn’t have operated on Marieme and Ndeye if they had remained in Senegal, so why impose treatment now?

A second argument is on the basis of reasonable pluralism. As Julian Savulescu and I argued recently in ‘Ethics, conflict and medical treatment for children, from disagreement to dissensus’, variation between countries in their approach to the medical treatment of children implies that perhaps there is more than one reasonable course of action. If doctors in some countries would operate in cases like the Senagal twins, and other doctors would provide palliative care – that suggests that perhaps both options are reasonable.

But it is important to clarify the role of two factors in decisions.

One reason that palliative care is sometimes provided to children with this sort of rare condition is because the expertise required to provide treatment is simply not available. Surgery for conjoined twins is so specialised that only a handful of centres in the world provide it. If there is no option of providing surgery, it is of course the right thing to do to provide palliative care. But that doesn’t mean that palliative care would be the right thing to provide if there isthe option of surgery. Related to this, in some parts of the world, the lack of experience with the condition may mean that doctors believe that surgery would be futile (would not work). But if those doctors are mistaken, that view doesn’t count against providing surgery.

A second factor influencing decisions is the cost. In many parts of the world, specialised treatment is potentially available, however, this is extremely expensive and only available if parents are able to pay for treatment. Where parents bear the cost of medical treatment, health systems have to give parents scope to decline that treatment. (It would seem unjust for a health system to demand that treatment be provided and oblige parents to pay for that treatment). However, if this is the reason for allowing parents to decline treatment, that does not apply in situations where treatment is inexpensive or free.

What does this mean for the Senegal twins and the ethics of imposing treatment against parental wishes? The best option in this case (as in all cases) would be for the parents and the healthcare team to reach a common understanding about what would be best. That may yet be possible. If parents refuse treatment, doctors should avoid ethical imperialism and be conscious of the values (and decisions) that would apply in the country of origin. However, ethical pluralism is not ethical relativism. How much weight we should give to those values, whether that would justify making a different decision for a child born overseas, than for a child born in the UK – will require careful unpicking of the reasons in favour and against treatment.

Image from Wikimedia (relates to a different set of twins): https://commons.wikimedia.org/wiki/File:Conjoined_X-ray.jpg