I will say it: Dan Callahan is the most important person in Bioethics. For his ideas; for his role in creating and nurturing The Hastings Center; and for his ability to spot, encourage, and motivate talent.

Dan is credited as author or editor of 47 books and many hundreds of articles, chapters and the like. His 1970 book, Abortion: Law, Choice & Morality, set a standard for his future writing and for the nascent field of Bioethics: Thorough research, careful attention to the relevant facts, fair-minded weighing of the moral arguments, and the courage to take a stand on a profoundly controversial matter. Dan would follow this rigorous pattern in book after book including his 1987 Setting Limits: Medical Goals in an Aging Society, in which he argued that acknowledging the realities of aging, death, and finite resources required accepting limits on life-extending health care as one aged. Dan died just days shy of what would have been his 89thbirthday. 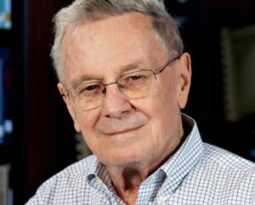 Image is a link to The Hastings Center

In 1969 Dan and his Hastings-on-Hudson neighbor—Willard Gaylin, a prominent psychoanalyst and author—founded The Institute for Society, Ethics and the Life Sciences. The original name didn’t stick, but The Hastings Center, as it came to be known, celebrates its 50thanniversary this year, as vital and necessary as ever. I came to the Center in 1979, one of four young scholars fortunate to win a National Endowment for the Humanities year-long fellowship. Two of my colleagues that year—Nancy Rhoden and John Arras—went on to distinguished careers in Bioethics; each of them died too soon. We found at Hastings a demanding and astonishingly vibrant and intellectually diverse community. The Center also hosted a steady stream of visitors, some briefly, others, such as Gregory Vlastos and Stephan Toulmin, for extended stays. In the meetings of the many research groups at the Center, I learned that legal scholars saw events through a different lens than did philosophers, who, in turn, were different from theologians, political scientists, historians, nurses, physicians, and so on. If what you sought was a nuanced, grounded comprehension of a knotty, complex issue, one could do much worse than learn from people who viewed it from different angles, who highlighted different aspects. Dan and Will pioneered the interdisciplinary approach in Bioethics, which has proven its value again and again. That approach, along with the ability to identify emerging issues, the tenacity to see projects through, and the capacity to entice top experts to its research groups, enabled Hastings to do groundbreaking, influential work on a host of issues.

Dan was drawn to people with talent and drive. Consider the research staff when I began my NEH year at Hastings: Bob Veatch, Ruth Macklin, Art Caplan, Ron Bayer, Carol Levine. The level of energy and productivity was astounding (along with the anxiety that comes with high expectations—and, as Dan periodically warned us, the prospect that the Center would run out of money within months. Remember: there were no clear professional pathways in Bioethics forty years ago. There were very few viable programs and fewer jobs. A common topic over coffee was: What happens if the Center folds? For most of us there were no clear or reassuring answers.) Dan was also attentive to the many visitors passing through the Center. I cannot count the number of young visiting scholars and student scholars who told me of their gratitude for Dan’s kindness to them.

I did not fully appreciate Dan during my first tour of duty at Hastings from 1979 until 1984 even as I tried to incorporate what I’d learned from him into my own work. I’ve never forgotten two insights he shared with me about writing: once he told me that he writes to find out what he thinks. How true. A corollary to that: a sure method to uncover gaps in argument, flimsy premises, or other flaws in your convictions is to attempt to defend them in writing. Your ignorance and inadequacies emerge naked and undisguised on the page (or screen). Dan’s second counsel was to think of everything one publishes as part of a conversation. Don’t expect it to be the last and final word on anything, including your own views on the matter. If what you’ve written is interesting, others will pick up the conversation, push you to sharpen or modify your position, and give you a chance to sustain the conversation. I’ve shared this advice with many aspiring writers of dissertations, articles, and other genres. Don’t assume you must be perfect; do your best to convey honestly what you believe, then have the courage to let it loose into the world. I’ve learned so much from Dan Callahan.

Despite shifting titles, in reality Dan Callahan ran The Hastings Center for 27 years. Only when I assumed responsibility for the Center in 1999 did I understand the magnitude of his accomplishments. The head of the fiercely independent institute that is The Hastings Center is accountable to many constituencies: the Board of Directors; the Fellows; all those who subscribe to its publications or, these days, visit its website or follow its social media. Most immediately, the leader is responsible to and for the people who work at the Center. They deserve appreciation, respect—and the assurance that the Center won’t fold next week or next year because it’s run out of money. I did my best for 13 and a half years—half of Dan’s tenure. The Center’s fate is now in the capable hands of Millie Solomon, who has written her own tribute to Dan.

As a boss, Dan Callahan had high expectations and limited patience with those who failed to meet them. As I came to understand what was needed to keep the Center alive, productive, and attractive to top talent, I appreciated Dan all the more. I was blessed to have Dan Callahan as a colleague and a dear friend. Everyone who works in or writes about or values what Bioethics adds to the international conversation about ethics and values in the health and life sciences can be grateful to that courageous intellectual, pioneer, and friend, Dan Callahan.

This entry was posted in Featured Posts, In Memoriam. Posted by Thomas Murray. Bookmark the permalink.
Next → ← Previous