The court’s ruling stated: “Having reviewed the record against the applicable law, we conclude the court abused its discretion in awarding preliminary injunctive relief…Accordingly, we dissolve the restraints issued pursuant to the August 14, 2019 order.”


The appellate court ruling reinstated the law, which originally took effect on Aug. 1. Now, terminally ill state residents will be able to use it to peacefully end their suffering. They had been prevented from using the law since it was suspended on Aug. 14.


The restraining order was in response to a lawsuit, Glassman v. Grewal, filed against the New Jersey attorney general by an Orthodox Jewish physician, Yosef Glassman, who says he opposes the law because of his religious beliefs. The appellate court did not rule on the merits of the lawsuit, which will continue to be litigated in superior court.


Compassion & Choices, the leading advocacy organization on MAID, released a press release. “My terminally ill wife is in agony every single day, so we were heartbroken when we found out the law was suspended,” said Fort Lee resident Freddy Kalles, whose wife, Katie Kim, suffers from a progressive, terminal disease called Multiple System Atrophy and requires Fentanyl patches and morphine every day to control her pain. “But now we’re grateful to the appellate court for this ruling restoring the medical aid-in-dying law. Katie cannot endure any more suffering and just wants this end-of-life option to die peacefully, at home, with me by her side.”


“We know this lawsuit is far from over, but we are greatly relieved that terminally ill New Jerseyans like Katie Kim will be able to access the law for now,” said Kevin Díaz, chief of legal advocacy for Compassion & Choices, which has successfully defended legal challenges to weaken or overturn medical aid-in-dying laws in California, Oregon, and Vermont. “While we are confident the law will remain intact when this lawsuit is concluded, there’s no guarantee the law won’t be temporarily suspended again as the case moves through the litigation process. For this reason, we strongly urge all terminally ill New Jerseyans interested in accessing this law to explore their end-of-life care options with their doctor without delay.”


“We are glad that the judges who presided over this case recognized that there are dying New Jersey residents who need this compassionate option right now,” said Kim Callinan, CEO of Compassion & Choices, who was raised in Oradell, New Jersey. “No one should be able to force somebody to suffer through an agonizing and painful death.”
The New Jersey law allows mentally capable, terminally ill adults with six months or less to live to get prescription medication they can decide to take to die peacefully in their sleep, if their suffering becomes unbearable. Washington. D.C. and eight other states have authorized medical aid in dying: California, Colorado, Montana, Oregon, Vermont, Washington, Hawai‘i and Maine, whose law is set to take effect Sept. 15. Collectively, these 10 jurisdictions represent more than one out of five Americans (22%). 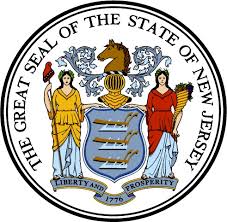