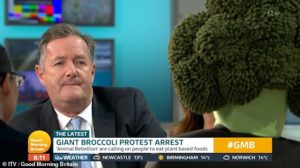 over 11 days while campaigning on climate change.[i] Apparently the return trip to Nice created seven times more carbon emissions per person than any one of the 20 commercial flights that fly that route each day. That prompted Muna Suleiman, a climate campaigner at Friends of the Earth, to say: “People should really think hard about the message they’re sending out… There are ways to travel more responsibly.”

Then, in October, a number of celebrities who protested with Extinction Rebellion, including Benedict Cumberbatch, Steve Coogan, and Daisy Lowe were called out for contributing to the climate emergency. Cumberbatch advertises MG cars in India and previously promoted Jaguar motors in adverts with the tag line: “It’s good to be bad.”[ii] Coogan has owned a succession of gas-guzzling cars including Ferraris, Mazdas, Range Rovers and Porsches (and he has a history of speeding offences!).[iii] Lowe also has a penchant for fast cars and travelling in private jets which she glorifies on social media.

Perhaps we shouldn’t be surprised about this celebrity hypocrisy given that celebrities have plenty of money to spend and, as George Monbiot recently highlighted, wealth is the strongest determinant of high carbon output.[iv] But what about the rank and file Extinction Rebellion members? Surely they wouldn’t exhibit such depths of hypocrisy. Cue Extinction Rebellion protesters buying food from McDonalds, a company that symbolises the global capitalist system devouring the planet. Tory MP for Mansfield Ben Bradley, reacted to this by tweeting, “The lack of self-awareness is absolutely staggering”.[v] 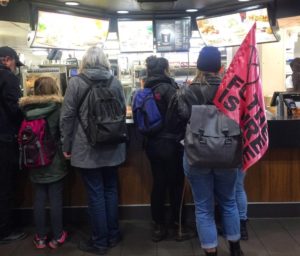 Piers Morgan suspects that even the XR co-founder, Skeena Rathor, is a hypocrite because she (probably) owns a television. She wouldn’t answer the question but, according to Morgan, ‘The truth is you do have a television and you don’t want to admit to having a television because that immediately throws you into the hypocrisy debate because you’re guzzling up and burning the atmosphere with your TV, and you don’t want to admit it because it makes you look like a rank hypocrite.’[vi] To top it all off, even the vegan activist, Mr Broccoli, took a taxi rather than public transport to his interview with Good Morning Britain and drives a Mercedes-Benz Sprinter thousands of miles setting up glamping pods at festivals.[vii] The shame! 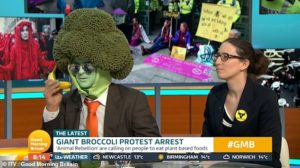 But what, exactly, is the significance of all this hypocrisy? Does it undermine these environmentalists’ claim that we must do more to protect the environment? In a word, no. The reasons for which were articulated by the Extinction Rebellion supporting celebrities in the following letter responding to these accusations:

“Dear journalists who have called us hypocrites. You’re right. We live high carbon lives and the industries that we are part of have huge carbon footprints. Like you, and everyone else, we are stuck in this fossil-fuel economy and without systemic change, our lifestyles will keep on causing climate and ecological harm. There is, however, a more urgent story that our profiles and platforms can draw attention to. Life on earth is dying. We are living in the midst of the 6th mass extinction. …We invite all people with platforms and profiles to join us and move beyond fear, to use your voices fearlessly to amplify the real story…”

In other words, we are all hypocrites, unless, of course, you agree with global environmental destruction, in which case, you’re immoral.  Better to be a hypocrite. They also claim, correctly, that their hypocrisy is beside the point; to focus on that is an ad hominem attack which deflects attention from the real ethical arguments for greater environmental protection.

However, it isn’t obvious that this line of response has been very effective at convincing people to join their cause. Brexit Party leader Nigel Farage had this to say about the celebrity letter: “The more they say, the more ridiculous they look. It really irks ordinary folk.” Tory MP Nigel Evans said: “It sticks in our throat to have mega-wealthy superstars with their private jets and gas-guzzling cars lecturing hard-working people,” while fellow Tory, Pauline Latham, said: “It’s a bit like telling someone to stop smoking while you keep puffing away… Either you believe in the cause and set an example or you don’t.”[viii] 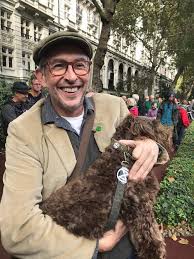 None of these responses actually deal with the argument in the letter. They simply restate the original concern with hypocrisy and try to highlight that these celebrity environmentalists are different from the general public. These right-wing politicians remain fixated on the features of the people asking for action on environmental issues rather than the environmental issues themselves. How come? Well, there is a more charitable answer and less charitable one.

More charitably, I think we can all agree that it is annoying to be lectured to by people we perceive to be sanctimonious. It generates even more indignation when a hypocrite lectures you without even seeming to care that he or she is a hypocrite. We naturally look to knock them down from their high horses and show them to be no better than you or me. In other words, the accusations of hypocrisy are defensive, tit-for-tat responses to what are perceived as personal attacks. This comes out clearly when Piers Morgan says of the Extinction Rebellion members, “They’re making it personal to us, they’re saying we’re gas-guzzling horrible people and there they are nipping off to McDonald’s. Shameless hypocrites.”[ix] When these environmentalists threaten Piers’ identity as a non-horrible person he looks to bring them down a peg or two.

This personal conflict is exacerbated by the fact that taking climate change to be a serious risk has become associated with a left-wing political identity and is less compatible with right-wing political identities. When one’s political identity is threatened, one is encouraged to defend that identity by reaffirming one’s group membership and trumpeting its value. Farage and Evans’; reactions seem to exemplify that as they implicitly claim to be ‘ordinary’ and ‘hard working’ folk while excluding the environmentalists as neither of these.

I think we can understand the desire to point out the hypocrisy of environmentalists in this way. We all enjoy deflating sanctimonious opponents and reinforcing our membership of groups that we value. However, the point remains that these ‘wins’ don’t say anything to undermine arguments in favour of greater action on environmental issues. If we took hypocrisy to disqualify people’s arguments, then we would only accept arguments in favour of protecting the environment if they were delivered by environmental saints. But even if we could find such people, I suspect many would find them even more insufferable for the very reason that they couldn’t be faulted. In any case, environmental saints are open to a different ad hominem attack. Given the wide array of things that one has to opt out of to remain carbon neutral, it is an unreasonable challenge for most of us given the jobs that are available, the places we can afford to live, the places we can afford to shop, and so on. So environmental saints are easily painted as abnormal, members of some out-group, and we have a ready excuse for why we cannot live up to their unreasonable standards.

The less charitable interpretation of Farage, Morgan, Evans, and Latham is that they are acting as, “conflict entrepreneurs”, i.e. deliberately trying to polarise the public because they hope to personally benefit politically and/or financially. People that act in this way are deliberately refusing to engage in reasoned argument and so damage the quality of public debate. Furthermore, by generating conflict between people, they undermine the potential for the public to cooperate in solving shared problems.

Practically, what can we do if people refuse to take environmentalists seriously and continue to ignore their arguments? In her recent Uehiro Lectures, Elizabeth Anderson argued for a range of measures.[x] In addition to excluding conflict entrepreneurs from public decision-making, we should promote face-to-face discussion of political issues by diverse stakeholders in contexts that avoid antagonistic framings that threaten people’s identities. We should encourage people to speak from personal experience to generate empathetic responses rather abstract moral principles and science which are less motivating. This should help us identify shared concerns that require shared solutions.

As it happens, Anderson’s suggestions fit very neatly with one of Extinction Rebellion’s key demands, 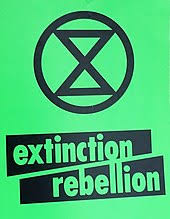 that a citizens’ assembly for climate and ecological justice be formed to make decisions on how to respond to the climate emergency. “Assembly members will hear balanced information from experts and those most affected by the [climate] emergency. Members will speak openly and honestly in small groups with the aid of professional facilitators.”[xv]

Of course, getting governments to implement such assemblies remains a significant challenge and, as activists continue to campaign for better policy, we can expect the public debate to be dogged by ad hominem attacks and tribalism. Until we establish a more socially inclusive means of developing environmental policy, we can each do our small part by ignoring the conflict entrepreneurs and trying not to indulge in ad hominem attacks that will further polarise us.