In the United States, the law defining who is alive and who is dead is state law. Every state has legislatively or judicially adopted the Uniform Determination of Death Act (UDDA). That law has remained relatively stable for the past 40 years. But, as I have written, there are increasing challenges.


Particularly, interesting are two issues in the ongoing Cromer v. Beaumont Health case in the U.S. District Court for the Eastern District of Michigan.


1. Does EMTALA preempt the Uniform Determination of Death Act?


Yet, that is much the same argument that Fairfax Hospital made 30 years ago in the Baby K case. That hospital argued it makes no sense to stabilize an anencephalic baby. The hospital lost.


2. Is the hospital a state actor when it determines death under the UDDA?


The family challenges the constitutionality of the UDDA. Beaumont Health is a private hospital, and argues that procedural due process is owed only when there is state action. But the family contends that the hospital operates as a state actor when it declares patients dead, because this is a power that the state has delegated to it.


Note that this is similar to the state action argument in the Tinslee Case in Texas. When hospitals adjudicate medical futility disputes, they do that pursuant to power delegated from the state under TADA. 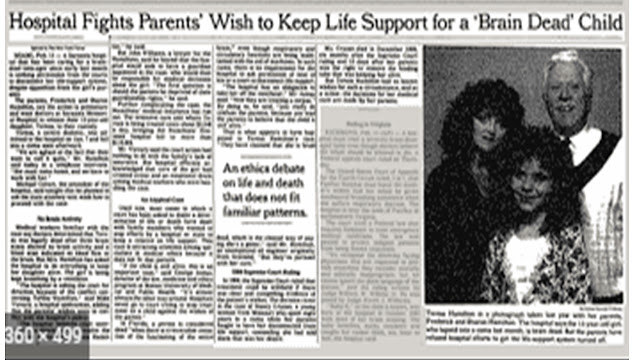