Medical Aid in Dying for Alzheimer’s? Unlikely, Try SED by AD Instead

Last week, Nicholas Goldberg, an op-ed columnist for the LA Times argued for expanding the California End of Life Options Act to Alzheimer’s patients. While I agree in principle, it seems unlikely this will happen for many years. Even the Netherlands, one of the few jurisdictions that permits advance requests for medical aid in dying (MAID) is still working out its protocols and procedures.

But as I note in a forthcoming article, these amendments focus on (1) the duration of waiting periods, (2) scope of practice for APRNs, and (3) the terminal illness requirement. The table of contents for this article is below.

In contrast, extending MAID to Alzheimer’s patients is far more difficult. First, it entails advance requests instead of contemporaneous requests. Second, and more controversially, it requires physician administration rather than self-administration. This crosses one of the biggest, brightest lines that has been drawn in right to die debates. It crosses from “assisted” death to “administered” death. California and other states specifically rejected proposals to legalize euthanasia. And no U.S. state has even considered it for 30 years.

Since, advance MAID is not available to avoid late stage dementia, what else is there? One options is Stopping Eating and Drinking by Advance Directive. Before losing capacity, the individual with dementia can complete an AD directing that caregivers later stop feeding them when they reach stage 6 or stage 7 Alzheimer’s and are dependent on hand-feeding. Death from dehydration follows in around 10 days. When managed by hospice or palliative care clinicians the process is usually peaceful and comfortable. We discuss SED by AD in a forthcoming book: Voluntarily Stopping Eating and Drinking: A Compassionate, Widely Available Option for Hastening Death.

Medical Aid in Dying: Key Variations among U.S. State
Laws
Medical aid in dying (MAID) is legal in
eleven U.S. jurisdictions representing one-fourth of the U.S. population. But,
despite its legality, MAID is practically available to only a subset of
qualified patients in these states. Substantial evidence shows that restrictive
eligibility requirements and onerous procedural safeguards impede access. In
response, state legislatures have begun to craft more flexible rules as they recalibrate
the balance between safety and access.
There is already significant variability
among U.S. MAID statutes in terms of eligibility requirements, procedural
conditions, and other mandates. While the Oregon Death with Dignity Act has served
as the template for all subsequent MAID statutes, the states have not copied
the Oregon law exactly. Furthermore, this nonconformity grows as states
continue to engage in an earnest and profound debate about the practicality of
MAID.

Introduction
I. Medical Aid in Dying

A. Why Hasten One’s Death

A. State Residency: How to Prove It?

A. Conscience Based Objections by Clinicians

B. Conscience Based Objections by Facilities
C. Telehealth Assessment and Counseling

B. Terminal Illness: 6 Months or Longer? 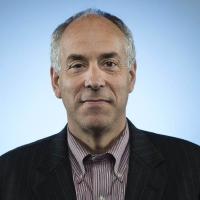