On September 24, 2020, 10-month-old Nick Torres drowned in his bathtub while getting a bath. Clinicians at Texas Children’s Hospital determined that Nick was dead and planned to discontinue organ-sustaining treatment.

But Nick’s parents objected and obtained a TRO from Harris County, TX District Court. Notably, while the court enjoined the hospital from stopping organ-sustaining treatment, the court refused to enjoin the hospital from conducting confirmatory testing. Courts across the country have taken differing positions on whether parental consent is required for brain death testing.

On Friday, October 2, 2020, the court refused to extend the TRO. It expires on Monday at noon. The parents are expected to file an appeal which would probably issue a stay pending resolution. Other hospitals have been judicially ordered to care for dead patients for months pending the outcome of litigation.

The parents argue that the hospital should have used the Texas Advance Directives Act dispute resolution process. They argue that this is a conflict over the appropriateness of “life-sustaining treatment.” But since Nick is dead, no treatment can be “life-sustaining.” Therefore, the 166.046 10-day process does not apply.

On the other hand, brain death conflicts are increasingly framed as value-laden conflicts that look like traditional medical futility conflicts. And the legitimacy of standards for brain death have come under growing attack. 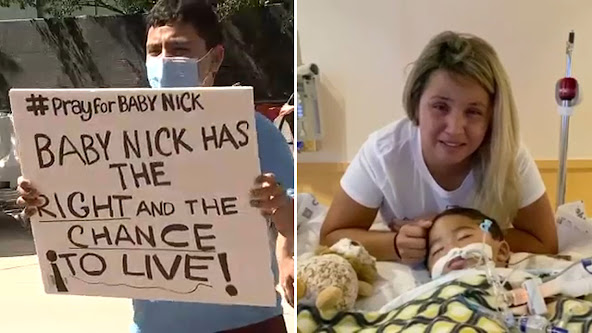