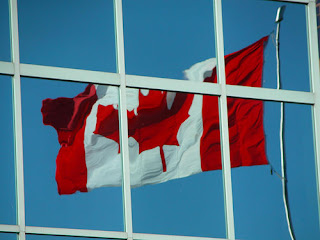 In the Vancouver Olympics, Canada is tied for the most gold medals as of this writing. Will Canada also “own the podium” when it comes to providing a clear and effective voice for ethical human research?

Recall that, in a previous post, I mentioned that Canada was presently undertaking a major overhaul of its main research ethics policy- the Tricouncil Policy Statement. After issuing an intital draft, the panel charged with revising the document (PRE) released a second draft. In a few days, the comment period closes for this second draft. The policy will then be revised again and finalized.
I will be submitting comments on the new version, along with my research collaborators. Here are a few important problems that carry over from the previous version:
1) The draft, like the old version, does not quite get the foundations for research ethics right. As a consequence, principles like respect for persons or justice are made subservient to beneficence. This is not an obscure philosophical point: it sends a message to investigators and research ethics committees that these other principles matter less.
2) The application of justice in studies involving economically or socially disadvantaged populations is somewhat muddled. The draft defines justice in terms of what it is not, or what researchers should not do, rather than providing an affirmative description of what justice entails. Consider what it would mean if the application of “respect for persons” merely meant that researchers should avoid enrolling patients who did not consent, or that researchers should refrain from studies if risks are unacceptable.
3) The language on undue inducement has problems: The TCPS language implies that concerns about undue inducement arise out of a concern for risk (see point 1 above). It doesn’t. It is unethical to pay individuals to override certain moral commitments (in government, we call this bribery), even in the absence of risk to the individual.
4) The chapter on clinical trials sends conflicting messages, and seems to imply that it is ok for doctors and institutions to put patients at medical disadvantage by enrolling them in research. Hard to imagine, if this is accepted, how conscientious doctors could ever participate in research, much less refer their patients to studies. Of particular concern, the chapter on clinical trials seems like it is trying to accommodate the unethical standards established by the International Council on Harmonization’s Good Clinical Practice.
I hope the panel can correct these (and other) flaws, while preserving the many qualities contained in the proposed revisions. (photo credit: pmorgan 2004)

This entry was posted in Health Care and tagged lost in translation blog, syndicated, tricouncil policy statement. Posted by Jonathan Kimmelman. Bookmark the permalink.
Next → ← Previous