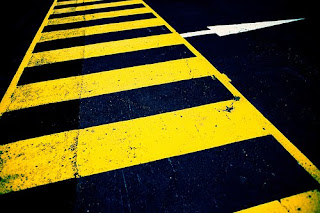 This month’s issue of Molecular Therapy– the premium journal covering developments in gene transfer- reports two deaths in recent cancer gene transfer studies. Both studies involved a similar anti-cancer strategy, in which a patient’s T cells are genetically modified to mount a strong and sudden immune attack against the patient’s cancer (the particular genetic modification is known as “CAR,” for chimeric antigen receptors). Both were phase 1 studies. Both patients died from what looks like “cytokine storm”- the same phenomenon that caused life threatening toxicity in the Tegenero TGN1412 study in 2005. In one case, the authors attribute death to the gene transfer; in the other, the authors categorize the death as possibly related to the gene transfer (the latter was previously described at ASGT in 2009).

In all likelihood, these patients (or at least, one of the patients) will be the third or fourth death in gene transfer that is clearly attributable to gene transfer. Don’t expect too much public hand-wringing or media coverage, however: in both cases, the patients were adults and had terminal cancer. I have not made a careful study of these particular trials or the strategies they employ. So the following thoughts about these deaths should be read with caution:
1- Unpredictability: These deaths point, once again, to the unpredictability of strategies aimed at training the immune system to respond against tumors. Immune systems are notoriously difficult to model in animals, and as a result, every human study is essentially a shot in the dark. The authors of one of the reports sagely urge that phase 1 studies using similar strategies begin at low doses.
2-Where’s the Toxicology? Neither report mentions anything about observing similar toxicities in preclinical studies. Indeed, neither report even mentions preclinical toxicology studies. One wonders why: were they done? how were they done? what was observed? For example, both studies involved immunosuppression co-interventions aimed at enhancing the effects of the T-cells (in one case, administration of the drug cyclophosphamide; in the other, use of nonmyeloablative conditioning). Were toxicology studies performed in animals receiving these immunosuppression treatments?
3-Did Investigators Give Preclinical Studies Their Best Shot at Producing Similar Toxicity? Both phase 1 studies were supported by preclinical studies using mice that lacked functional immune systems. One has to wonder how useful it is to test immunotherapies in mice that lack properly functioning immune systems. From what I can tell, in neither the first nor the second case did investigators perform preclinical studies that simultaneously delivered modified T-cells and immunosuppressive drugs.
4- Please: No More Gratuitous Appeals to the Integrity of the Investigators. An editorial by a leading expert on CARs accompanies the reports in Molecular Therapy and provides a very helpful summary and context of the events. It ends, however, with the statement “it is a great credit to all investigators involved that they have been so forthcoming in providing detailed reports of serious adverse events.” I heard similar sentiments expressed when one of the deaths was presented at a scientific meeting last year. True- the research team did provide an unusually extensive report and investigation, including autopsy. However, careful and public reporting of serious adverse events is exactly what researchers are supposed to do in phase 1 studies involving highly innovative approaches; praising them for coming forward with this kind of information is a bit like congratulating Canada every time it holds a democratic election. One has to wonder whether there is a reserve of trial deaths that are never investigated or reported. (photo credit: Steve Kay 2008)