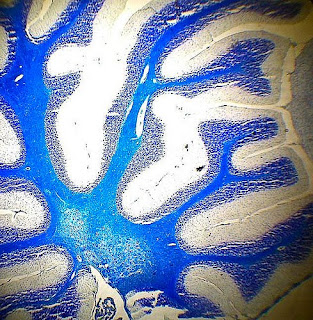 Robert Steiner, co-principal investigator in a fetal cell transplantation study involving the rare, fatal hereditary disease Neuronal Ceroid Lipofuscinosis (also known as Batten disease), presented results of a now completed phase 1 study. According to Steiner, the study involved the highest ever dose of stem cells delivered to the human brain. The trial involved six children with infantile and late-infantile forms of the disease.

Elsewhere, this safety study has been reported as “positive”- in the sense that there were no unexpected, stem cell related complications. Which is not to say the protocol was a picnic: the study involved (if I understood the presentation correctly) 14 trajectories to the brain, and an extended regime of immunosuppression that caused 23 adverse events. Steiner reported that none of the patients showed a clinical response- which is what one would expect in patients with such advanced forms of disease (hopefully, the research team conveyed the unexpectedness of clinical benefits to parents when they obtained informed consent).
Steiner also reported that, when one of the patients died due to natural course of illness, the family permitted the team to perform an autopsy. The autopsy ruled out the cell transplantation as a cause of mortality, and established that the tissues engrafted successfully. In the words of a press release, “By permitting the autopsy, the family allowed the researchers to learn very important details that will potentially benefit future patients.”
Did the research team use the autopsy to determine whether the transplanted cells were expressing the therapeutic gene? If so, was the gene product taken up by surrounding tissues? Answering these questions would be key to maximizing the scientific value of the study, and thus redeeming the risks of surgery, immunosuppression, stem cell transplantation, and the many follow-up visits required of patients participating in the study. But from what I heard, the brain is in the hands of the company, and it is unclear whether they have performed these studies (and if so, whether the results will be reported). Let’s hope the family’s permission for autopsy allows the researchers to learn still more. (photo credit: dopamineharper 2009)