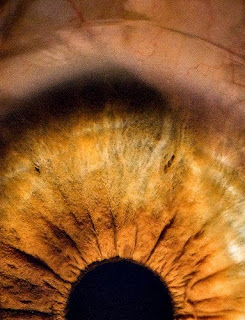 Predictably, the big presidential symposium at ASGCT reserved a slot for Jean Bennett, who led one of the three teams that have tested a gene transfer strategy for a rare genetic form of blindness, Leber’s Congenital Amaurosis (LCA). Unpredictably, however, Bennett trotted out one of her “treated” patients, Cory Haas, along with his two parents, who sat up on the podium as Bennett went through her 45 minute presentation, which was titled “An Aye for Gene Therapy.”

First, let me say that Bennett’s results- as well as those of the other teams- continue to be very encouraging. In adults whose retinal tissues have degenerated, the approach has not restored vision, but it has also not raised any major safety concerns (apart from a surgical complication in one patient). In younger patients, the approach has shown safety with restoration of vision, and Bennett this time presented various functional data, along with neuroimaging data consistent with restoration of vision. And nothing that follows detracts from all the credit she and her team deserve for their smarts, scientific rigor, perseverance, and clinical accomplishments. Second, the family has agreed to go public, and this was not their first time on display. No doubt, they feel that putting themselves on display like his helps bring visibility to this important research. As well, they have their own battles to fight: only one eye has been corrected, and perhaps they feel that going public like this may help nudge regulatory authorities to clear the investigators to apply gene transfer to the second eye.
Nevertheless, I found Bennett’s exhibition of her subject, and his parents, a case of poor judgment. And judging from one or two conversations with others in attendance, I was not alone. In my book, I warn against the perils of putting patients on display. It performs a rhetorical function that tends to neutralize critical thinking and indulge sentimentality. I found it particularly problematic that this would occur at a major scientific address: if there were skeptical questions to be asked (as there typically are at scientific meetings), who would dare ask them in front of a child and his parents? At any rate, Bennett used a short question and answer period following her talk by asking Corey and his parents a series of Diane Sawyer-like questions: “are you glad you joined the study?” “what was the most difficult part?” “do you have any questions?” She then elicited a round of applause “for the patients” from the >500 assembled attendees. Was the Q and A scripted? Was this a kind of victory lap for Bennett? Who knows.
Spectacular research, to be sure. But it makes for spectacle science as well. (photo credit: strangejourney 2009)

This entry was posted in Health Care and tagged ASGCT, expectation, LCA, lost in translation blog, syndicated. Posted by Jonathan Kimmelman. Bookmark the permalink.
Next → ← Previous