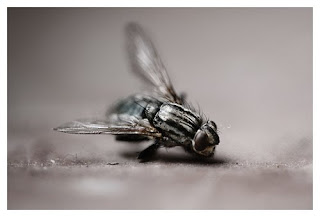 Two weeks ago brought good news and bad news for gene transfer. First the good news. New England Journal of Medicine beatified a new gene transfer strategy for Wiskott-Aldrich Syndrome (WAS). WAS is a primary immunodeficiency that primarily affects boys. It is thus in the same family of disorders that have been, in varying degrees, successfully addressed using retroviral gene transfer. Like other immunodeficiencies, this represents relatively low hanging fruit for an approach like gene transfer, because scientists can access and target stem cells, and because corrected cells should be at a selective advantage for survival compared with uncorrected cells.

The NEJM article reported clinical, functional, and molecular outcomes for two boys in a trial based in Germany. Briefly the two boys were given a type of chemotherapy (in order to make space for genetically corrected cells), and then transplanted with “corrected” blood stem cells. The corrected blood stem cells contained a viral vector similar to those used in previous gene transfer trials of primary immune deficiency. The team saw: 1) stable levels of genetically corrected stem cells that expressed the WAS protein (indicating the genetically modified cells “took,” and produced WAS; 2) recovery of the function of a variety of immune cells; 3) reduction of disease symptoms, including improvement of eczema, and reduced severity of infections.

The article exhaustively ruled out events that have occurred in other, similar gene transfer trials in which children developed leukemias from the vector. Now the bad news. The same day NEJM published the results, American Society of Gene and Cell Therapy (the largest professional society devoted to gene transfer) released a statement saying that the German team just announced “a serious adverse event in a gene therapy trial for Wiskott-Aldrich syndrome (WAS)”- one of the ten children in the German trial developed a leukemia.

And so continues the saga of gene transfer: three steps forward, one back. (photo credit: vk-red 2009)