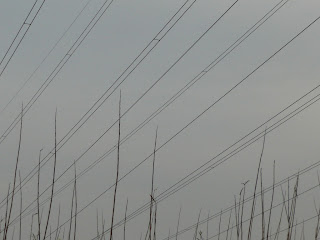 Several groups are pursuing gene transfer strategies against Parkinson’s disease. No small task, because for these approaches to work, investigators have to deliver vectors deep inside the brain using surgery. I have previously written that early phase studies using surgical delivery press the boundaries of acceptable risk, because patients can generally manage their disease adequately- though far from completely- with dopamine replacement, and study participation entails nontrivial surgical risks (by my calculations, about 0.5% chance of mortality, depending on the approach).

In the December issue of Lancet Neurology, Marks et al report results of a phase 2, sham controlled trial of CERE-120. The results were negative. That is, for the main measure in the study, improvement in symptoms at 12 months, patients receiving CERE-120 did not do significantly better than patients receiving sham. On the other hand, the product did not raise any major safety issues, apart from a hemorrhage during surgery in one patient.
The team performing the study has emphasized several “positive” outcomes. For one, patients receiving CERE-120 generally responded better than patients in the sham arm (though not significantly better- that is, differences may be attributable to chance). And on a secondary endpoint- response at 18 months- patients receiving CERE-120 did indeed perform significantly better. So did Ceregene score against Parkinson’s disease? In an accompanying commentary, French Neurologist Alim Benabid says “the findings… provide the first clinical evidence of a clinical benefit of gene therapy in Parkinson’s disease.”
I ain’t no neurologist, but I say: hold on a minute. When researchers start trials, they pick primary endpoints based on where they think they are most likely to succeed. In this case, the researchers picked improvement at 12 months, rather than at 18 months. From the looks of it, they backed the wrong horse- patients did significantly better at 18 rather than 12 months. What does this tell us? Success in a secondary endpoint might have occurred by chance, and the fact that researchers were unsuccessful on their primary endpoint indicates that they do not yet understand enough about their system to pick the “right” endpoints. So I see this as symptomatic of scientific uncertainty rather than a glimpse of medical destiny. [[One other issue to consider: it is possible that surgery itself (rather than gene transfer) may have caused symptomatic improvements.]]
The study was well reported and provides, yet again, evidence of the utility of sham comparator arms in studies involving Parkinson’s disease. One disappointing feature, however, is that the authors did not report whether patients or clinicians could correctly guess their treatment allocation just prior to unblinding. Without this, it is difficult to exclude the possibility that any difference between groups- even at 18 months- was due to “placebo effect.” (photo credit: Vin6, 2007)