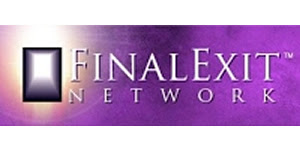 
The appeal focuses on First Amendment issues.  In May 2015, a jury found Final Exit Network, Inc. guilty of “assisting” in a “suicide” and interfering with the scene of a death so as to “mislead” the coroner.   In August, FEN was sentenced to a $33,000 fine.


The underlying conduct primarily consisted of FEN volunteers providing information, education, and emotional support to Doreen Dunn, 57, of Apple Valley, in her self-deliverance on May 30, 2007.  In other words, FEN was convicted for exercising its First Amendment-protected right to freedom of speech.


In addition to the parties, amicus briefs have been submitted by (1) First Amendment Lawyers Association; (2) Freedom From Religion Foundation; (3) Atheists for Human Rights; and (4) the Death with Dignity National Center.