June 2, 2020 COVID-19 and an Outbreak of Civil Unrest
Bioethics.net Blog

At first it seemed like violence in the US had subsided during the pandemic.…

By Daniela Vargas As a public health nurse, I work in reproductive justice, prenatal and postpartum care at a Federally Qualified Health Center (FQHC) in San Francisco. I am aware that my job comes with a high responsibility as I am assessing for social and structural determinants of health as women begin their prenatal care. […]

Until the pandemic, no one spent much time wondering about whether something was an “essential service”. This designation has granted necessary special exceptions to community mobility access restrictions created by government imposed “shelter-in-place“ orders instituted to slow the spread of the virus. Throughout the pandemic, determining what was and still is considered essential has been …

It takes less time than ever to publish papers. But is quality sacrificed by doing bioethics at warp speed, especially during the Covid pandemic?

On Friday afternoon, the Massachusetts Joint Committee on Public Health approved legislation that would authorize medical aid in dying as an end-of-life care option. This is the first time the committee approved such legislation since it was originally introduced in 2011.

The Massachusetts End of Life Options Act (H.1926 / S.1208), would give mentally capable, terminally ill individuals with a prognosis of six months or less to live the option to request, obtain and self-ingest medication to die peacefully in their sleep if their suffering becomes unbearable.

“I can’t tell you how much this historic vote means to me after spending the last five years advocating for this peaceful dying option on behalf of all terminally ill patients, my friends and family and on my own behalf,” said Dr. Roger Kligler, a retired physician in Falmouth with incurable prostate cancer, who has repeatedly testified in support of the End of Life Options Act before the Joint Committee on Public Health. (HT: C&C)

The Massachusetts Medical Society (MMS) also testified at the hearing last June before the Joint Committee of Public Health on the bill, detailing its policy of “neutral engagement” on the practice of medical aid in dying: “The MMS will support its members regarding clinical, ethical, and legal considerations of medical aid-in-dying, through education, advocacy, and/or the provision of other resources...” 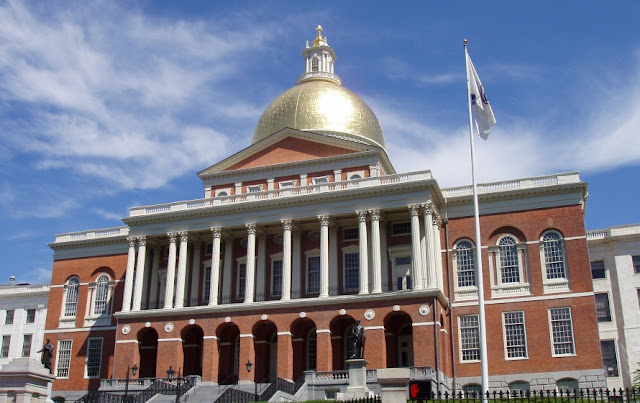 When I blogged last month, I thought surely that May would be an improvement over April. I was wrong. Now, with 100k deaths from COVID-19, and after several days of protests across the country in response to the death of George Floyd, I can’t possibly imagine what the summer will be like. I watched two …

I stood facing the iPad attached to a rolling stand punching in the phone number of the young granddaughter of my intensive care unit patient.…

Written by: Dr Amna Whiston In this seminar (available on podcast), Professor Arthur Schafer discussed the ethical challenges involved in the Canadian euthanasia debate at the New St Cross Special Ethics Seminar (online). Professor Schafer, who has written extensively over the last thirty years about a range of topics that includes professional and bio-medical ethics, […]

Graphic by Sidney Harris  from American ScientistIn these current days of a world-wide pandemic of the deadly COVID-19 virus infectionand as of the origination of this blog thread there is concern as to how long testing for aneffective vaccine wil...

Full Article
This entry was posted in Health Care and tagged syndicated. Posted by Greg Kaebnick. Bookmark the permalink.
May 30, 2020 Ethics of Immortality
Bioethics.net Blog

Graphic by Sidney Harris  from American ScientistIn these current days of a world-wide pandemic of the deadly COVID-19 virus infectionand as of the origination of this blog thread there is concern as to how long testing for aneffective vaccine wil...

Full Article
This entry was posted in Health Care and tagged syndicated. Posted by Greg Kaebnick. Bookmark the permalink.

We Have Met AI, and It Is Not Us
Paul Root Wolpe
Full Article

Beneficence, Interests, and Wellbeing in Medicine: What It Means to Provide Benefit to Patients
Johan Christiaan Bester
Full Article

More than four in ten deaths linked to the pandemic were in the state’s long-term care facilities. What went wrong?

Medical workers remain devoted to curing and easing the pain of the desperately ill during the COVID-19 pandemic. But what can be done about their pain?

Full Article
May 8, 2020 11:52 am Covid-19 Raises Questions About the Value of Personalized Medicine
The Wall Street Journal

A group of medical dissenters argues that tailoring treatment to the genetic profiles of individuals, a longstanding goal for researchers, is less important than the old-fashioned public health measures being used against the pandemic.

Full Article
April 22, 2020 9:00 am The Pandemic’s Hidden Victims: Sick or Dying, but Not From the Virus
The New York Times

As the coronavirus overwhelms the health care system, people with other illnesses struggle to find treatment.

Full Article
April 10, 2020 9:00 am Why I Support Age-Related Rationing of Ventilators for Covid-19 Patients
The Hastings Center

A 71-year-old bioethicist explains why he considers rationing mechanical ventilation based on age to be one morally relevant criterion.

As the coronavirus pandemic fills medical beds, saps supplies of lifesaving equipment and protective gear, and exhausts clinicians, ethics experts will be on hand to help hospitals make tough choices. At the heart of the matter is a question: How do you choose between patients when allocating limited resources?

Even in a crisis, doctors should not abandon the principle of nondiscrimination.

Full Article
March 21, 2020 10:53 am Ethicists agree on who gets treated first when hospitals are overwhelmed by coronavirus
Quartz

As health care systems are overwhelmed with more patients than they can feasibly treat, medical personnel are forced to decide who should get the available ventilators and ICU beds. Quartz spoke with eight ethicists, all of whom agreed that in such dire situations, those who have the best chance of surviving get priority. Despite the unanimity, all agreed that this decision is far from easy and should not be taken lightly.

More than half the counties in America have no intensive care beds, posing a particular danger for more than 7 million people who are age 60 and up ― older patients who face the highest risk of serious illness or death from the rapid spread of COVID-19.