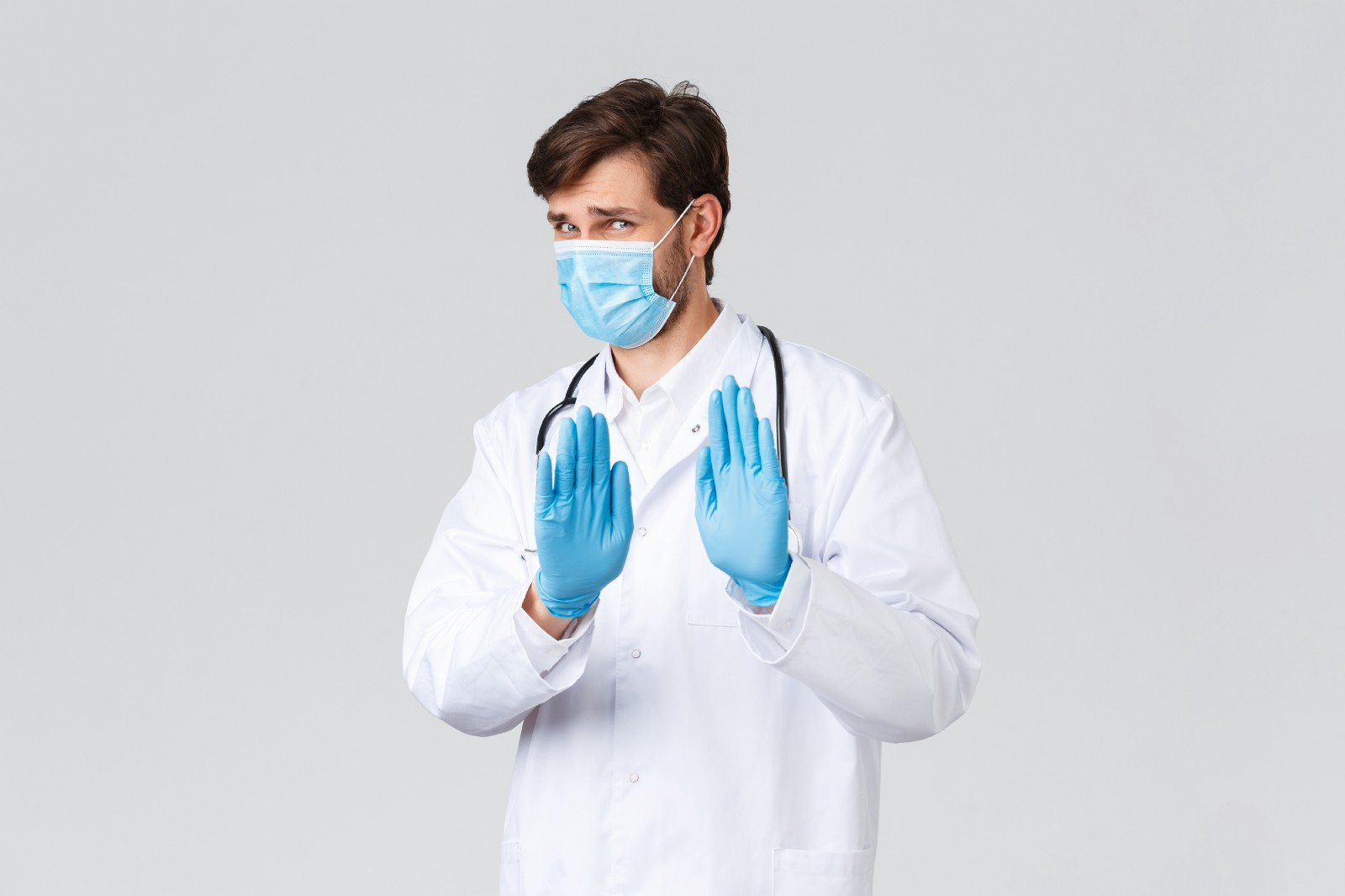 The circumstances facing HCWs are dire: Covid positive nurses are being forced to work. Hospitals are still scrambling for protective gear. Hiccups in vaccine distribution have led to debates of priority between colleagues. All of these factors have contributed to a rise in mental and physical illness, burnout, and moral distress among HCWs.

Which leads me to wonder: Why? Why are HCWs putting themselves and their loved ones at such risk? Other than being in health care, is there an ethical imperative to treat despite personal risk? How much risk is too much risk?

Obligations are also known as duties, which are morally required, forbidden, permitted, or encouraged responsibilities. To keep things simple, I’ll be referring to positive and negative duties.

Positive duty = a duty to do something

Negative duty = a duty to not do something

Positive duties require action. They’re basically moral suggestions, the things we should do. We don’t usually punish someone for failing to act on a positive duty. Sure, they may be a jerk or negligent, but they’re generally not considered immoral.

Positive and negative duties are generalized and apply to all members of society. For example, an adult who comes across a drowning child has a positive duty to rescue the child, either by swimming out to the child himself or by calling for help if he can’t swim. Likewise, that same adult has a negative duty to not toss the child back into the pond after rescuing her.

Aside from general positive and negative duties, there are special positive duties that apply to specific groups. Physicians (and HCWs more broadly) are said to have a special duty that is stronger than a general duty. This obligation is known as the duty to treat. If a doctor and a construction worker simultaneously stumble upon an unresponsive stranger, the doctor’s duty to rescue the stranger is stronger than the construction worker’s. This is because she’s trained to perform resuscitation and, some would argue, is obligated to do so by virtue of being a physician.

Simply put, the duty to treat mandates that HCWs prioritize patient health and safety over their own. This obligation to the sick is ingrained in physicians’ code of ethics, beginning with America’s first national code of medical ethics, the AMA’s 1847 Code of Ethics, which states:

“When pestilence prevails, it is their duty to face the danger, and to continue their labors for the alleviation of suffering, even at the jeopardy of their own lives.”

Recognizing that medicine has changed quite a bit since the word pestilence was commonplace, the AMA has since updated its code of ethics. Yet the heroic depiction of physicians and other HCWs persists in American culture despite the rather mundane reality.

Modern science has rendered the field of medicine relatively risk-free, and no healthcare-related jobs crack the top twenty of America’s most dangerous professions. Clocking in at the hospital is no more heroic than punching in at King Soopers. In fact, working as a cashier during a pandemic may be a more selfless act than working as, say, a radiologist if we consider the risk of exposure and infection. It seems unreasonable, then, to expect of a nurse what we expect of a soldier: a willingness to lay down one’s life at a moment’s notice.

It’s frequently asserted that by accepting a career in healthcare, HCWs tacitly consent to their profession’s risks. While I (and others) question the validity of a duty to treat based on consent, we nonetheless must set limits to this professional obligation. Allowing (or in some cases, forcing) HCWs to work with abandon inevitably leads to a sick workforce, which opens a whole new can of ethical worms.

One such limitation is the shortage of PPE. I’m a nurse practitioner who spends his days in and out of patients’ homes and facilities. If I get sick with Covid because my employer and government couldn’t secure adequate PPE (such as gowns, masks, and N95s), I put my loved ones, colleagues, and patients at risk. Furthermore, if I’m sickened, I cannot see patients, therefore weakening the pandemic response. Does my obligation to the patient in front of me outweigh the duties I owe to myself, my loved ones, and others I may unknowingly infect? What about a nurse’s duty to his children? Or a first-responder’s duty to her elderly grandparents? Which duty should take priority, and who gets to decide? Like their patients, HCWs have an interest in self-preservation, and the instinct to survive and care for those close to them will inevitably conflict with professional duties.

If there is an obligation to treat patients despite the risk to oneself, it must be considered against the conflicting duties that arise during a pandemic. The AMA Code of Medical Ethics’ Opinion on Physician Duty to Treat comes to a similar conclusion:

“When participating in disaster responses, physicians should balance immediate benefits to individual patients with ability to care for patients in the future.”

The failure of governments and hospitals to secure adequate PPE also engages third-parties in this debate. As held by the Supreme Court in Jacobson v. Massachusetts, governments have an interest in safeguarding the well-being of its citizens. Similarly, under OSHA, employers have a responsibility to provide a safe workplace. If these obligations are not met, then the contract between HCWs and society is breached. HCWs cannot be expected to fulfill their end of the bargain and expose themselves to potentially life-threatening risk without proper equipment.

Healthcare professionals didn’t ask to be thrust into this moral grey zone. Personally, I just want to keep my head down and provide the best care possible. But I also don’t want to die for some nebulous concept of duty.

HCWs are ostensibly protected from any legal repercussions for refusing to treat Covid patients. In Bragdon v. Abbott, the Supreme Court ruled that HCWs cannot be forced to treat individuals when doing so would threaten the health and safety of others. Yet this ruling does little to curb the shame and guilt associated with the hesitancy to treat Covid patients.

To be clear, none of this means that HCWs will shirk their professional responsibilities. Quite the opposite, in fact. But we must bear in mind that HCWs are not monolithic. Physicians themselves have mixed feelings on the subject, with nearly half rejecting a duty to treat during an infectious disease outbreak. If HCWs are indeed morally obligated to care for Covid-19 patients, I suggest the following in order to minimize the risks thereof and in recognition of their potential sacrifice:

To the extent that an agreement between HCWs and society exists — an agreement in which HCWs are expected to undertake risks — society must do its part to reduce those risks.